Tribute to Bollywood actors who died in 2020

The year ‘2020’ has been exceptionally hard for the world, especially Indians. Where the entire world is fighting against a global pandemic, Indians have to suffer and undergo the sorrow of losing some of the best Bollywood actors. The sudden demise of bigwigs has left the admirers in unendurable agony.

Quoting Haruki Murakami “Death is not the opposite of life, but a part of it”. So, we all know death is inevitable and the only truth of life, but not being able to pay a homage to our beloved actors, was something difficult to accept. Where people were already dealing with novel coronavirus and its effects, lockdown leading to anxiety and depression, the deaths of great actors hit really hard on the minds and hearts of the Indians. 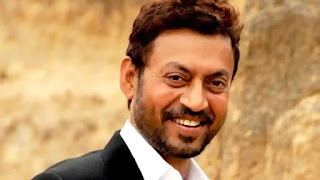 Titled as the ‘most versatile’ actor of Indian cinema. The legendary actor Irrfan khan left us on the cruel month of April, 29th2020.

He was admitted to the hospital of Mumbai for a colon infection. He was diagnosed by a rare disease called neuroendocrine tumors in 2018. For two years he had been battling against the disease yet did not give up on his acting career, he continued shooting for the movie “Angrezi medium “.

On 25thof April his amma (mother) passed away, Irrfan due to the nationwide lockdown failed to pay his last visit. She died at the age of 91 in Jaipur. After 4 days Irrfan too left us. It seems lime he really wanted to meet his mother. Leaving his family in complete distress and pain. His family includes his wife, Sutapa Sikdar, and his two beloved sons Babil and Ayan khan. We being just admirers are devastated after hearing the news, we cannot imagine the pain and the state of those who were close to him. We have our greatest condolences with his family and friends.

Late actor Irrfan khan truly earned the stardom, his beginnings were far from easy and comfortable. The success was not a gift but a sheer hard work. He cemented a path for others to follow. He was truly a gem and an inspiration to all the strugglers trying to achieve their goals in life. It is quite bemoaning the way Bollywood functions, where attractive physique becomes a marker of a star.

Khan broke the conventional representation of ‘hero’, he was not a hunk with six-pack abs, but a true hero with great acting skills.“Less is always more” aptly suits Irrfan’s journey. Within a short span, he set remarkably high bars in the field of Indian cinema. Khan represented India internationally, his roles in “Life of Pi”, “Jurassic World” is highly appreciated around the world, it is rather sad and ironical how some of our best actors have to wait for international recognition to receive rightful respect at their home. Irrfan khan may not be present with us but will remain in the hearts of every Bollywood lovers forever.

Some of his outstanding performances include:-

Even the life’s best teacher ‘time’ cannot heal the loss of Irrfan Khan. We truly can never overcome his loss.

Where the world was already grieving the death of Irrfan khan, the sudden demise of the evergreen star Rishi Kapooraka ‘Chintoo’ left all the Indians in shock and denial. Rishi Kapoor had been battling leukemia for the past two years. He was admitted to the Sir HN reliance hospital in Mumbai, where he breathed his last breath. The hospital staff stated that he was fun and light-hearted until the end. Rishi Kapoor was a 90s actor.

He won several awards for his excellent acting skills. He made his debut movie “Mera Naam Joker”, and won national film awards for best child artist. In 2017 in an interview, Rishi Kapoor talked about the misconception about people thinking that the star kids get access to stardom easily. He hinted that his struggle started after his mivie’Bobby’ became a hit. His acting skills began to popularise after the hit of ‘Bobby’ and “hum Kisi Se Kam Nahi” he was loved in every role. From being a strict head of family in ‘patiala house’ to cold-blooded villain in ‘agneepath’. He lived in every role he oakyed in his movies.

The sudden death of the actor left his friends, family, colleagues, and fans in shock. His beloved wife Neetu Kapoor shared a picture on Instagram with a heart-wrenching caption “ the end of our story”.Amitabh Bachchan expressed his grief in his tweet “Rishi Kapoor. gone. I am destroyed “. Rishi Kapoor’s work will be remembered forever. He excelled in the world of movies and theatres. His fans will truly miss him and his movies on screens.

Some of his feel-good movies are:-

Another huge blow for Bollywood lovers was on 14th June 2020. A young, intelligent and a very talented actor, Sushant Singh Rajput committed suicide by hanging himself.

Death of Sushant raised many questions against the Bollywood, nepotism and also gave mass acceptance to depression as a mental illness. According to the sources, it is said that he was battling depression, which pushed him to the extent of killing himself. The demise of Sushant felt like a personal loss to every Indian. To date, we just can’t get over his death. It has been really difficult for his family, friends, and fans to accept the fact that they will no longer be able to see him, hear him.

Fans begin to quote his dialogues from his last big hit movie ‘Chhichhore’ where he emphasizes living their life and that suicide should never be an option to the onlookers; ironically he could not implement it in real life. We still wish Sushant could reach someone and talk about his state, maybe someone could help him out, maybe he would not die. It is hard to sink in that he is no more with us.

Sushant was an outsider for the industry; he came from Patna to Mumbai to make his career in acting. He was a bright engineering student and a 7th rank holder at the All India Engineering Entrance Exams (AIEEE). He made his debut in Bollywood from “Kai Poo Che!”, before his first movie, he worked as a television actor. His serial “Pavitra Rishta” was widely appreciated which helped him gain his popularity. From being a small screen actor to a big-screen actor, he struggled throughout and paved a way for himself in the Bollywood.

He was not just an actor but an inspiration for the masses for his high spirited behavior and of course his struggles. His close friends and family were in a state of denial after hearing his death. Sushant loved the theories of the universe, cosmos, and its existence. People said he loved to watch stars in the sky so he became one of them. Indians will never forget a talented and veteran actor like Sushant Singh Rajput. He will forever remain in our memories and hearts. His last movie “Dil Bechara” will be released in Hotstar making it possible for each and every fan to watch him for the last time.

Some of his work in the Indian cinema is:-

There are many more Bollywood celebrities who died in the ongoing year 2020, amidst the lockdown which made it difficult for the Indians to pay homage to them for the last time. Bollywood singer and music composer Wajid Khan died of kidney ailment and some reports claim that he was tested positive for COVID-19. He passed at the age of 43 leaving the Sajid-Wajid duo. Bollywood will always remember this duo for their excellent works.

Famous Bollywood choreographer Saroj Khan died at the age of 71, leaving the Bollywood in a state of sorrow.

Noted comedian Jagdeep died at age of 81, he worked in more than 400 movies as a comedian and vital role.

To all the actors, singers, dancers, comedians, and every soul who tried to entertain us and made our lives a little less miserable will forever stay in our hearts. We Indians look upon them as a source of inspiration. Indian cinema is blessed to have such great gems, who took acting to the next level. They represented India nationally and internationally. To all those luminary souls, who struggled hard to entertain us and did there best to inspire us, and made us laugh with their work, will always be remembered and there always be an empty space in our hearts.

Your movies will be forever cherished, we will laugh and cry with you in your movies. YOU WILL ALWAYS BE REMEMBERED.