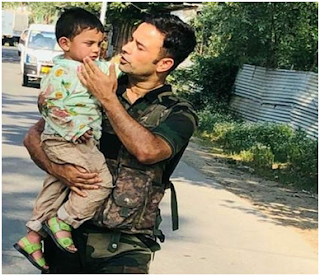 Sopore, Jammu, and Kashmir came under a terrorist attack on July 1st, 2020 as a CRPF patrol squad became a victim of an open fire by terrorists which led to Four Central Reserve Police Force (CRPF) personnel and a civilian being caught inside the attack. The area as of now has been cordoned off and a seek an operation for the terrorists is underway.

In a heart-wrenching incident, Terrorists resorted to indiscriminate firing on a CRPF patrol party in Baramulla district’s Sopore metropolis killing a civilian inside the firing alongside with four Central Reserve Police Force personnel sustaining injuries in the attack with one among the personnel later succumbing to his injuries

The incident took place somewhere around 8 am as terrorists hiding inside a mosque opened fire on a CRPF patrol party injuring four personnel creating mayhem and panic among the common masses who started running for cover.

One of the people who got caught up in the crossfire was 60-year-old Bashir Khan who was traveling with his grandson. As soon as he became aware of the situation, he abandoned his car and attempted to flee with his grandson for cover but was unsuccessful in his endeavor to run for safety as he was killed on the spot with his 3-year-old grandson narrowly escaping the bullets as he was rescued by the security officials.

The CRPF personnel returned the fire but the terrorists, unfortunately, were successful in fleeing from the scene. When the security officials caught sight of the toddler next to his grandfather’s body, some of them immediately dashed to save the child while their colleagues charged back at the terrorists. Later the officials searched through the mosque and found one portion of the mosque stained with blood.

Pictures from the incident have been widely circulating in social media portraying the crying toddler next to his dead grandfather. A debate has also sparked up after the killed civilian’s son has accused the security generals present on the scene of the crime of pulling his father out of the car and killing him, an accusation which has been denied by the officials.

A picture showing the 3-year-old kid being carried by an official was shared by the Jammu and Kashmir Police to portray how the valiantly the officers rescued the kid which in turn sparked another debate of how the misery of a child losing his grandfather and getting caught up in such a horrifying incident should not be used to show the bravery and the righteousness of the police department.

Even the efforts of the officials are to be praised, it still doesn’t justify using someone’s misery for the benefit of depicting the police department in a positive light was the common argument made by a lot of people in response to the picture shared and also urging the government to launch an impartial investigation in the matter.

Terrorism in Jammu and Kashmir

Due to the ever-growing tensions between the two neighboring nations, Jammu and Kashmir is subjected to frequent terrorist attacks which always lead to varying degrees of carnage. Most talks and actions regarding the resolution of the problems between the two nations have been futile.

Jammu and Kashmir is frequently infiltrated by the Pakistan army and Pakistan funded forces, several attempts have been made by the Indian Government to throw them out but they all have been ineffectual because India agreed that the United Nations, to which the Kashmir dispute was to be referred, would help inside the decision of the Kashmir problem in the widely wide-spread felony framework which would be ruled in India’s favor.

However, India’s experience with the United Nations changed into an exquisite disappointment. India had put so much faith inside the United Nations that it even agreed to a plebiscite in Kashmir for resolving the dispute, subject to the circumstance that Pakistan vacated the illegally occupied areas of Jammu and Kashmir. India wanted not to have agreed to a plebiscite in Jammu and Kashmir, however, it did so due to its abiding faith in democratic principles, notwithstanding the criminal framework based totally on which the integration of other princely states with the successor states became carried out. As of yet, Pakistan refuses to give up the part of Kashmir they’ve occupied and which is nowadays referred to as ‘Pakistan owned Kashmir’.

Its high time countries realize how serious issue terrorism is. Terrorist attacks lead to nothing by death and destruction on both sides. Most every problem has an alternate peaceful solution to it. Instead of the ever-increasing funding of the militaries by nations all around the world, countries need to come forward with ways to hold peaceful dialogues for resolutions. They need to have a united front against terrorism and that’s the only way we can solve such a grave predicament.

One thought on “Terror strikes in Sopore, Jammu and Kashmir following terrorist attack”