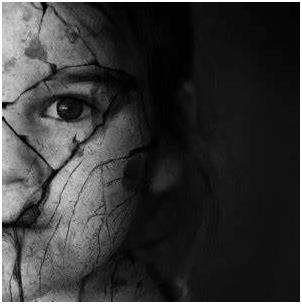 In a horrific incident, a 7-year-old in her village reportedly was sexually abused and killed by a man in Pudukottai district and the man accused of the horrific crime has been arrested by the police.

The child went missing on the 30th of June in the evening and after unsuccessful searches, her family filed a police complaint on the 1st of July. After investigation, the police discovered the body of the child in a remote location near the village which she resided in.

Before she went missing, the child was last seen with her neighbor, a 25-year-old man who had taken her to a temple and later allegedly took her to a deserted place where he sexually assaulted the child followed by her murder.

The 25-year-old man was arrested today and admitted to his crime of sexual assault and murder during interrogation, the official said adding the victim’s body, which was sent to a government hospital for a post-mortem showed signs of assault and injuries. Asked on the autopsy results, he said: “the study supports the accused’s confession.”

Underparts of the IPC, the POCSO Act for aggravated penetrative sexual harassment, and the SC/ST Act, a case was filed for rape and murder. The victim’s family outright refuses to accept the body of the victim seeking justice and demanding the government’s intervention in this ghastly crime.

This isn’t the first case of this sort that has taken place in Tamil Nadu. Earlier in the month of May, in the very same district, a 13-year-old was killed by her superstitious father who murdered her as a sacrifice for achieving prosperity based on the advice of black magic performing woman.

People have been outraged by the ghastly crime against the child and many in social media have sought justice and denounced violence against women and children and seeing the outrage, Chief Minister K Palaniswami has assured strict investigation to be taken in this incident to ensure justice for the 7-year-old victim.

This is not the first such case that took place in Tamil Nadu. It just highlights the severe status of women and children in Indian society. Crimes like these are an everyday thing and with time, the numbers of the victim just keep on escalating. It really puts into perspective the toxic culture prevalent today which refuses to guarantee children and women even basic human right of being in control of their body and consent. 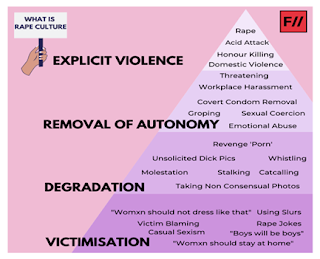 One of the biggest reasons which lead to the horrific crime that is Rape is the prevalence of rape culture in India. In layman terms, rape culture gives rise to an environment where matters of rape and sexual violence are regularized due to the misogynistic gender and sexuality attitudes and actions within the society. These actions can vary anywhere from ‘casual’ sexist and rape jokes to victim-blaming and violent abuse of women.

Unless we start taking strict action, the rape culture will always remain fueled eventually leading to dreadful incidents against what is considered the ‘weaker section of the society’, that is, women and children.

The problem isn’t only the rape culture; it’s also the fetishization of children and child molestation. In a survey conducted recently, material regarding child sexual abuse has been in high demand throughout India and among the viewers ninety percent are males.

In the first 11 days of the lockdown due to the COVID pandemic, the Child India Helpline received more than ninety-two thousand complaints.

Its high time we as a society start taking the necessary steps to reduce the misogyny and patriarchy prevalent to reduce crimes against women and children. At this point, it is not even about feminism but giving a woman the basic human right of control over her own body.

In India, the nature of such a culture must be seen through the lens of Intersectionality. Because the Indian patriarchy is Brahmanic in nature and interacts with society’s systemic biases, the rape culture in India also exists in the same setting. As communities that have been historically marginalized or discriminated against because of religion, caste, orientation, gender identity, disability, they face acts of sexual violence as instruments of oppression. Rape culture is placed within the dynamics of power and social hierarchies for the said communities. Individuals are often subjected to sexual harassment as an act of discrimination for their anatomy and as a method of persecution.

Even after the development, our society as a whole has gone through, there are still a lot of impending issues that need our immediate attention which unless we rectify them, issues like rape and child molestation will still prevail.