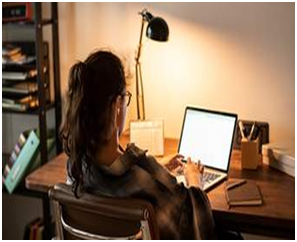 As the whole nation is fighting against the pandemic, the education system of the country is also at stake. A lot of discussions have been in news recently on conducting online exams by Delhi University. Although many institutions have dropped the idea of conducting exams, taking into consideration the situation at present, Delhi University, on the other hand, is stuck with it.

The frame of ‘DU against online exam’ was added by many teachers and students as part of a social media campaign on Facebookprotesting against the decision of conducting exams online. Many students, as well as teachers, have opposed the conducting of online exams. Petitions were filed. Many teachers raised the concern that students are not getting much institutional help and merely sharing links cannot be called teaching.

The online classes have been conducted unevenly, and while the theory work could be done up to a certain extent, the practical part has been totally haywire. The authorities are not consulting the teachers is what the teachers say. Moreover, the university’s online processes are imperfect and there existed glitches, there are chances of dishonesty and cheating by the students.

The lack of Internet connectivity in some parts of the country and absence of study material are some of the issues which are raised. Moreover, there is an absence of a learning environment at a student’s home (one of the reasons why a kid goes to school to study) due to which only 1/3 or 1/4 could participate in the classes.

A plea has been filed by a student in the Delhi High Courtstating that many students were not even present in the online classes and the syllabus of many courses is not yet completed. The student questioned the fact that DU gave the notion of lack of online resources in their notification to students without online resources, then how could DU claim to end the syllabus through conducting classes online.

DUTA (Delhi University Teachers’ Association)had submitted petitions signed by 15701 people which included teachers, parents, and students, in the month of June, to Prime Minister Narendra Modi, to look into the matter. Surveys have been conducted and the results have been found that 90% of the students have voted against the conducting of online exam, because for some-there is lack of study material and for most students-there are no gadgets to appear online.

What is sad here is that many suicide cases have also taken place solely because students did not have gadgets to attend online classes.

Various student organizations had called for a national proteston June 22. Some students and teachers were also arrested for protesting against the Open Book Online exams during the pandemic and they were released by making them sign a petition that they will not violate Section 144 which is in operation due to the prevalence of lockdown.

In fact, National Federation Of  Blind has filed a writ petition before the Delhi High Court stating that how are the differently-abled suppose to avail the scribes needed for the examdue to the prevalent pandemic.

Many alternatives have been proposed by teachers one of which is taking the average of the previous semesters in consideration to calculate the score of the present semester. They said conducting exams will be discrimination against those without online resources.

DU also agreed at a point that the students other than the final semester students, could be promoted and exams conducted later on. The University is now set to conduct its Open Book Exam (final semester/term/year students of UG and PG courses) in the month of July. The University has also issued guidelines for students with disabilities allowing them to complete their exams in five hours.

It is  true that conducting an online exam is not an easy task, when most of the people are not very Tech Savvy, but the situation everyone is facing  now is an exception and exams are an integral part of an education system.

Compared to the beginning of the lockdown phase, many online resources have been provided to the students to ease their problem and even unlocking phase 2.0 has started now, and with better access to connectivity to students, the exam can be a success. So, students of all semesters should continue studying irrespective of exams. There is a saying ‘Necessity is the mother of Invention’, so keeping that in mind, we need to believe that we will figure this out together.