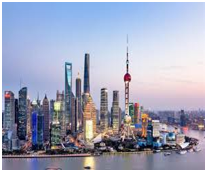 China or officially known as the People’s Republic of China is the world’s highest populated country and the third-largest country in the world by area. Owing to the current consequences of the worldwide pandemic coronavirus, China has been the recent talk of the town for the longest time in the world. This deadly virus has originated from the towns of Wuhan, China has taken town the world to crash just like the Spanish Flu in the early 1920s. While the world is struggling to survive and handle financial complexities and economic slowdowns, China seems to be rising, even amid pandemic.

According to various sources, China has been a major manufacturing hub even in the pandemic. The deadly situation created by the virus has seemed to not have affected much on China’s capacity to manufacture or produce goods. It still accompanies around 28% of the world’s total manufacturing, which is almost 1/3 of the whole production or manufacturinghappening around the world. This might prove to be a high target for a lot of powerful nations such as the USA, Japan, or Germany.

One of the powerful reasons for China to cope with its manufacturing compared with other countries are that China has seen an early pandemic and crises than the rest of the world. It would be roughly correct to say that while the rest of the world was under lockdown, China was on the process of unlocking its restrictions and bringing back life to the normal routine.

As the country reportedly said that they have flushed out the novel coronavirus or Covid-19 and that there are no more cases of that, WHO (World Health Organization) praises China on this achievement. As it may sound from the word of it, this news is quite controversial and arguable as China has already proven to hide massive important facts and information about the virus and also not to reveal its real numbers in terms of cases and deaths in the country. China continues to maintain its calm over the inquires and questions from around the world, or for what it looks like. Also, the US has suspended all financial charities to WHO.

Recently China held its 127th Canton fair in Guangzhou, China. It was a well-organized ten-day trade show starting from 15th June 2020 to 24th June 2020. Due to the recent situation on the global pandemic of COVID – 19, the exhibit was completely coordinated online. All the demonstration was taken on live streaming, from their home branches and workshops. The exposition entertains almost 200k buyers who attended the session live from their home spaces.

Canton Fair (China Import and Export Fair) is the world’s most famous and largest trade fair organized by China. Companies from all over the world participate in this China international import expo to exhibit their work. The main purpose of this fair is to showcase China’s ability and strategies to strengthen its foreign trade connections with the rest of the world. More than 200+ countries participate with around 20k+ brands showcasing their output. Many companies eagerly set eyes for this date to launch their brand new products in the market.

It’s quite debatable to believe that China, the manufacturing hub for the world has been benefitting from this pandemic. Although it has registered some 8% of reduction in its exports that is still a very less number as compared to with other countries. But seeing the recent trends of China’s foreign trade, its global business has massively affected. With India banning 59 Chinese apps in the Indian market and the USA escorting its companies out of the Dragon country, one can imagine some hard times for China in terms of trade and economic sectors. Well, this the time will tell.

2 thoughts on “China rises, even amid pandemic”